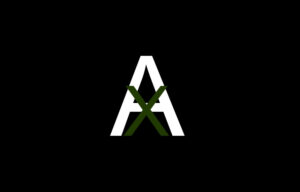 Comments Off on Axen Online International

The Pentagon Has Never Been Audited. That’s Astonishing

On Thursday, Donald Trump released a preliminary budget proposal that calls for a $52bn increase in military spending. But just last December, a Washington Post investigation found that the Pentagon had buried a report that outlines $125bn in waste at the Department of Defense. Although it’s required to by law, the DoD has never had an audit, something every American person, every company and every other government agency is subject to. The result is an astounding $10tn [that $10 trillion!] in taxpayer money that has gone unaccounted for since 1996. “Over the last 20 years, the Pentagon has broken every promise to Congress about when an audit would be completed,” the director of the Audit the Pentagon coalition, Rafael DeGennaro, told the Guardian. “Meanwhile, Congress has more than doubled the Pentagon’s budget.” Legislation in the early 1990s demanded that all government agencies had annual audits, but the Pentagon has exempted itself without consequence for 20 years now. In the meantime, the GAO and Office of the Inspector General (IG) have published an endless stream of reports documenting financial mismanagement: $500m in aid to Yemen lost here, $5.8bn in supplies lost there, $8,000 spent on helicopter gears that really cost $500. During this past election cycle, both the Democratic and Republican platforms called for the Pentagon’s audit. But despite broad support, the issue has remained stagnant in Washington.